In this economy, everyone needs to have a job.

Taking care of your kids and your household is worth a million bucks, but unfortunately that is not going to cut it. You have bills to pay,  little people to feed and…well, a life to live.

It takes time to build a business, and nowadays, sticking it out is half the battle. But enough is enough. You are working hard and you deserve to be paid.

If only that were enough.

Pulling double duty does not entitle anyone to a salary, but creating a smart and strategic business plan will give you a greater chance of prosperity.

Just wait until you hear the valuable insight that will be brought to this show!  I am honored to have joining us, Nell Merlino, Founder and President of Count Me In for Women’s Economic Independence, the leading national not-for-profit provider of resources for women to grow their micro businesses into Million Dollar Enterprises. 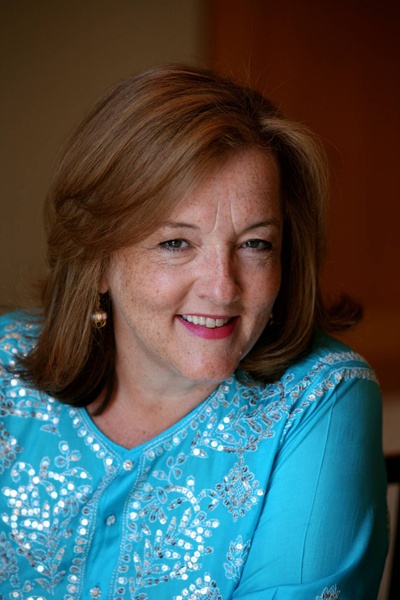 Nell Merlino is Founder and President of Count Me In for Women’s Economic Independence, the leading national not-for-profit provider of resources for women to grow their micro businesses into million $ enterprises. She is author of Stepping Out of Line: Lessons for Women Who Want it Their Way in Life, in Love, and at Work from Broadway Books, which is available from Amazon.com.

Throughout her career, Nell Merlino has been inspiring millions of people to take action. She is the creative force behind Take Our Daughters to Work Day, which moved more than 71 million Americans to participate in a day dedicated to giving girls the opportunity to dream bigger about their future.

Through Count Me In, Nell is now inspiring women entrepreneurs to dream big and achieve even more. She is leading a global movement to empower women entrepreneurs to grow their businesses to a million dollars and beyond by providing tools, resources, and a supportive community of their peers. Count Me In’s Make Mine a Million $ Business program reaches women entrepreneurs in communities around the country through events and on-line community. This movement will not only add millions of jobs and billions of dollars of economic activity, but take women to new levels of independence, empowering them to act as economic leaders.

Nell is also the founder and President of Strategy Communication Action, Ltd. (SCA) in New York City, a firm specializing in the creation of public education campaigns that motivate people to act. She is a member of the U.S. Department of State Advisory Committee on International Economic Policy (ACIEP), and appointed a Pathways Envoy by the U.S. State Department to promote women’s business growth through South and North America. Nell also sits on the board of the American Enterprise Organization. Prior to founding Count Me In, Merlino created campaigns like the YWCA’s The Week Without Violence, the United Nations’ Fourth World Conference on Women in Beijing, worked in two state governments, was an advance woman in presidential politics, a union organizer and a Fulbright Scholar.

Merlino lives in Manhattan with her husband, Gary Conger.

The Ideal You: How to Become an ...
Family Hustle