Confessions of a Welfare Mother

The real definition of welfare:

The health, happiness, and fortune of a person or group of persons.

It’s no surprise that this country is very much divided about the effectiveness of this government program that is designed to promote the basic physical and material well-being of people who are in need.We ALL have opinions… and yet… unless we’ve personally been on welfare, it’s not a fair opinion to have.

Who you may be calling “A Lazy Welfare Mother”…

Most women don’t CHOOSE to be on food stamps. They don’t CHOOSE to be poor, have several children fathered by different men, or be publicly scrutinized by society. Most people want a job. They want to go out and be productive so that they can earn a living, support a family, and have hope for a more prosperous future.

They want what YOU have.

So… then… (perhaps) The real solution liesWITH US.

I believe that people who are in need of government assistance just need to be lifted up. Somewhere in their journey, they were made to believe that they are LESS THAN the rest of us. They most likely don’t believe that they ARE CAPABLE or that there is a way for them to be more self-sufficient.

This saddens me more than any part of it: The belief of any human being, mother or otherwise, who is so broken that they believe they are INFERIOR. I can’t imagine anything more heart-breaking.

YOU are in a position to inspire and lift up others less fortunate.

~Instead of grumbling about a husband that doesn’t seem passionate about your work-at-home biz— be grateful that you HAVE a husband.

~Rather than fret about the bills piling up— appreciate that you have been granted CREDIT and the ability to pay later. You have been entrusted with debt.

NO BLAME, NO SHAME

The truth is — when we are using our energy to make unsubstantiated assumptions about others and their faults —we are doing the biggest disservice to ourselves. It is virtually IMPOSSIBLE to improve upon our own character when we are busy being critical, not to mention it is a terrible example to set for our children.

If our goal is truly to raise decent and conscious children, then teaching personal responsibility is the task at hand AS OPPOSED TO blaming others who we believe are just “lazy” and are accepting easy hand-outs. (Don’t look now, but aren’t our children accepting our free hand-outs on a daily basis? Aren’t we all??)

Understanding right from wrong keeps our children focused on what they need to do to succeed rather than speculating about someone else’s shortcomings.

Furthermore, shouldn’t we be teaching our children to have empathy —rather than moral superiority—? And to live in gratitude — rather than allow them to be infected by the the entitlement epidemic sweeping across our the country—?

We will be interviewing a REAL “lazy welfare mother” and sharing her personal story of struggle and triumph. Today, Barbara Morrison, author of “Innocent: Confessions of a Welfare Mother,” tells the story of how she went from being a welfare mom to the successful professional she is today.

Barbara Morrison is a hero in my eyes, not just for her willingness to share the honest and eye-opening truth about her journey as a welfare mother and the shame she had to endure as she fought to give her children a better life, but how she used her food stamps to raise them to become the well adjusted adults and contributing members of society that they are today. One became a technology engineer and the other is a primary care physician.

“I am grateful to you for sharing your personal story and demonstrating the positive impact that social assistance programs make upon families, communities, and our country. Yours is a vital story to tell.” 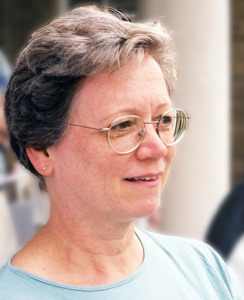 Barbara Morrison, who writes under the name B. Morrison, is a poet and writer, an editor, publisher, and teacher. A few years after graduating from college, her marriage collapsed and she found herself forced to go on welfare. It is this experience of a world very different from the one in which she grew up that she describes in her memoir, Innocent: Confessions of a Welfare Mother. She is also the author of two poetry collections. In Terrarium, she explores the influence of place: where you live, where you grew up, where you travel, where you go in dreams. Her previous collection, Here at Least, chronicles a journey undertaken in response to Rilke’s directive: “You must change your life.” Barbara’s award-winning work has been published in anthologies and magazines.

She conducts writing workshops and speaks on women’s and poverty-related issues. She is also the owner of a small press and speaks about publishing and marketing. An experienced editor, Barbara provides editing services to writers in all genres. She has maintained her Monday Morning Books blog since 2006 and tweets regularly about poetry @bmorrison9. For more information, visit her website and blog here—>

About Our Guest Co-Host 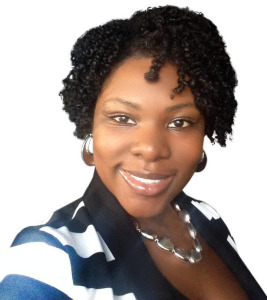 Known as the Internet Marketing & Social Media expert, Lakeisha Singletary created her own “enticing & unique” coaching method for online success, The Blueprint to Selling Products Online. She helps women entrepreneurs that sell products on the internet attract their ideal customer, convert them to clients, and create residual income so they can live the life they were meant to live.

With over 15 years of experience working for corporate companies such as Marriott International, Lakeisha has really set the tone for her success. She has helped built companies from the ground up create a successful online presence, as well as, land endorsement deals for high-end celebrity clients.

Showing women how to create and own their success is whatLakeishaSingletary.com thrives to do. Lakeisha’s charismatic and go-getter attitude is just one thing that attracts her loyal advocates. She believes success is about being authentic and building an emotional relationship that transform the lives of her champions.

Creative Business Leaders
Do I really need a business coac...