How to Build Something from Nothing

Got nothin’? Build something ANYWAY.

If you have an idea that lifts you up– the worst thing you can do is HESITATE. Some of the most successful people in the world started with nothing but an idea. It wasn’t the IDEA that was valuable… as much as the passion behind the idea.

Just start to take action …on anything.

If your passion is potent, it’s all you need to acquire everything else.

Research. Raise funds. Seek mentor-ship. Ask questions. Write down ideas. Create a game plan. ACT NOW while you are still excited about your idea…. and move as far FORWARD as you can before the fear creeps in and you begin to talk yourself out of it.

Acknowledge the fear and do it anyway.

Don’t quit, just keep going. You know from experience that there will be a voice that will appear and will attempt to talk you out of it. DON’T YOU DARE LISTEN. Stay on task and keep at it. It won’t be easy and you might dwindle, but you’ll be a lot better off than you were had you not started.

I will be introducing you to a couple friends of mine who I have had the utmost respect for—Jillian Armenante and Jim Anzide. When these folks get an idea, they stop at NOTHING to bring it to fruition. In fact, they are the sort of people who thrive on being challenged, building something from the ground up, and finding the utmost joy in every part of the journey itself. Want to understand what it takes to get a project off the ground? You won’t want to miss hearing from these fire-cracking DOERS….the passionate community and team behind the award winning series Kittens in a Cage. 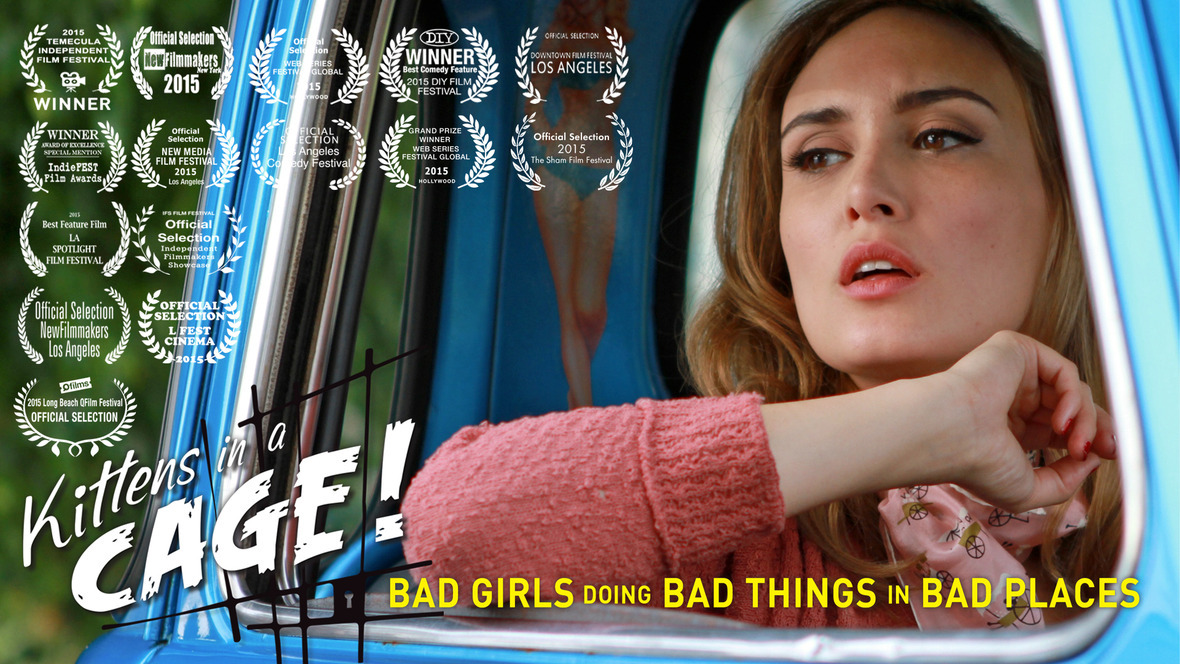 Meet the cast of KITTENS IN A CAGE!

Kittens in a Cage is a hilarious new comedy series produced, directed and written by stay at home mom actress Jillian Armenante based on the play by Kelleen Conway Blanchard.

Kittens in a Cage is currently an Official Selection in 14 film festivals, winning several laurels such as Grand Prize or Best Comedy Feature and is a must-watch women-in-prison comedy series. Available on the show’s website, on Amazon, Hulu, Vessel and on Vimeo On Demand.

Date Night for Parents - No Baby...
How to Build an Income with EBAY...