Teach Your Kids to Fly!

Time to change the world.

Our world is in need of BIG TIME improvements.Without blaming each ourselves or each other for the bleakness of our world, it’s time to start a serious dialogue about what we can do about it. We are parents. We are thought leaders, innovators and game changers. We are raising beautiful, savvy and intelligent children and we have the tools to guide them into the vanguard.

Preparing our children to save the world

This task is not as daunting as you think. By adhering to our moral compass and extending beyond what parents have narrated in generations past, we are looking at the advent of a new day.

Shelly Lefkoe has a personal vision to transform the way we parent. She believes that if we raise a conscious generation of children, violence will end, people will treat each other with respect and dignity, and life on this planet will be better for everyone.

Join me in welcoming the amazing and dedicated Shelly Lefkoe to discuss the REAL answer to what your job is as a parent.  (Hint: it’s not what you think!)

We’ll be talking about:

❀  How to know which parenting experts to listen to (and which to not!)

❀  The most important TWO PRINCIPLES that will guide you to be the best parent you can be.

❀  The single most important thing that will determine your child’s future.

❀  How negative beliefs such as “I’m not good enough” are formed as a result of parental interactions and what you can do to ensure that your child forms positive beliefs.

❀  How beliefs formed in childhood will affect your child later on in life.

❀  What beliefs your children should have in order to have a successful life and how you can make sure they have them!

❀  How our own beliefs get in the way of us being effective parents. 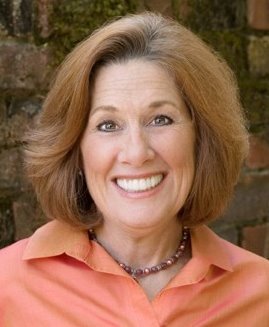 Shelly is passionate about two things. First is helping people create joyful and free lives by helping them eliminate the beliefs that keep them stuck. Second is transforming the way in which people parent on this planet. She believes that if we raise a conscious generation of children, violence will end, people will treat each other with respect and dignity, and life on the planet will be better in all respects–no matter who is running the government.

Shelly Lefkoe is co-founder and Vice President of the Lefkoe Institute, and the founder and President of Parenting the Lefkoe Way.
Lefkoe Institute (LI) is committed to making change easier™. It uses a revolutionary series of processes (The Lefkoe Method) to quickly and permanently eliminate the beliefs that determine our current behavior and emotional life. When those beliefs have been eliminated, the old behavior ceases automatically and new behavior is easily adopted. The undesirable emotions stop also.
Shelly has had the privilege of working with many of the more than fifteen thousand private clients who have testified to the efficacy of these processes. Some of the feeling patterns that clients have presented and gotten rid of after eliminating the underlying beliefs include fear, hostility, shyness, anxiety, depression, worrying about what people think of them, and a negative sense of themselves. Behavioral patterns they have eliminated included phobias, relationships that never seem to work, violence, procrastination, unwillingness to confront people, eating disorders, drug and alcohol addiction, and sexual dysfunction.

Shelly has been a keynote speaker and workshop leader for many parenting and teachers groups and also leads workshops that train people to use The Lefkoe Method which has also been featured on the Today Show, The New York Times and she has been a guest on National and Local TV and radio shows.
At the end of 2006 she co-wrote an e-Book with her husband, Morty, The Chicken Soup for the Soul Guide to Effective Parenting. The book empowers parents to assist their children to form positive, rather than negative, beliefs from their interactions with their parents.
Shelly has just released Parenting The Lefkoe Way, which is a set of 7 cd’s that is a compilations of 23 years of experience. This is a virtual how to manual on how to raise joyful, successful children or turn into joyful, successful adults.

GET YOUR FREE GIFT FROM SHELLY!!

10 things that Sabotage your Child’s Success and Happiness

Mastery of Self
Why are some people good at ever...