Coexist: Bridging the divide between us and them

COEXIST is a documentary film making an impact on young people’s lives.

“Coexist is a thought-provoking and compelling film that resonates profoundly with anyone who views it. It underscores the sheer complexity of the Rwandan genocide and subsequent efforts at reconciliation, and provides a deeper examination of hatred and forgiveness.”

This Boston-based educational documentary film project, “Coexist: Bridging the Divide Between Us and Them,” aims to teach students about genocide to increase their awareness of “othering,” which can range from pushing and teasing to bullying and hate crimes.

Educating our children is the best way to create awareness, tolerance and ultimately end violence in communities

“Coexist” has been featured in film festivals, conferences, schools, and universities around the world following its world premiere in Boston, and has been selected by American Public Television for distribution to public television stations across the country, extending its reach to more than 100 million viewers.

This week we will be interviewing the director of this critical and significant film, Adam Mazo who has drawn parallels between the events in Rwanda and attacks by school bullies, suggesting peer pressure can push nonviolent people to commit violent acts, whether it’s throwing someone’s backpack in the trash or committing more extreme acts such as genocide.

A reflection about bullying is a productive way for us to understand violence in communities.

We cannot pretend that we don’t relate. If anything, practicing extreme tolerance helps us to understand why bullying occurs, and what we can do to prevent it. It’s not always as simple as a deep rooted lack of self esteem that motivates one group to dominate over another. In the case of Rwanda, and how it mirrors events on our playgrounds, often those who bully are protecting themselves from the wrath of the group by pledging loyalty. This is a also a mob mentality: bully or be bullied.

We’ve discussed peer pressure and bullying in the past, but never from this angle. A passionate subject for me, as I was just “cyber-bullied” not too long ago, I am pleased to be able to recognize Adam’s great work and do my part to pass this important message forward. 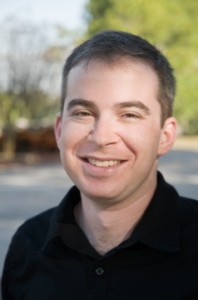 Adam Mazo is the Executive Producer and Director of Coexist. His work has been featured at film festivals, international conferences, universities, and schools around the world. Coexist has been nominated for an Africa Movie Academy Award and will be broadcast on public television across the United States in 2013.

He also been invited to co-curate an exhibit on the Rwanda genocide at the Johannesburg Holocaust and Genocide in South Africa opening in 2014. Beginning in 2006 he spent time in Rwanda researching and shooting video around the country investigating the country’s reconciliation efforts. For the last decade he has worked as a visual journalist. He was trained at the University of Florida where he earned a B.S. in television production. He came to Boston, which he now calls home, via Minnesota, Florida, and Paris.

Get Organized. Get Naked. Get Ha...
The Spirit of Business and Paren...